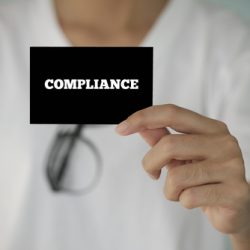 In recent years, more and more newly-registered charities (in England and Wales) have started life as a Charitable Incorporated Organisation (CIO). Existing unincorporated charities – Trusts and Associations – have been able to convert to a CIO since the Charities Act 2011 was enacted however, until now, incorporated charities (those registered with Companies House in the UK) have not had that option available to them.

That could be about to change from the New Year 2018.

Secondary legislation to enable charitable companies and Community Interest Companies to convert into CIOs was laid before Parliament on Thursday 14 September 2017. Subject to Parliamentary approval, phased implementation of CIO conversions could begin from January 2018.

In this edition, I revisit charitable structures and look at the practicalities of changing your charity’s structure.

What structures are available?

There are generally four main types of charity structure available:

The Charity Commission’s guidance document (CC22a) – Charity types: How to choose a structure – provides further information on each of these.

Which structure is most suitable will depend upon factors such as the trustees’ attitude to risk and liability and membership structures.

Whilst it is impossible to list all the motivations for changing your charity’s structure, one of the most common I have heard in recent times is;

“The trustees currently have unlimited liability, due to the unincorporated status of the charity, and wish to reduce risk by incorporating….”

Incorporated charities have always had the matter of dual regulation to contend with – i.e. registered with (and required to report to) both Companies House and the relevant Charity Regulator.

For these charities, conversion to the new CIO – and thus single regulation – may realise the following benefits:

Whilst we encourage charities to adopt a proactive approach to regulatory requirements and file early, that extra month can sometimes be of use if there are any issues in getting things over the line, as it were.

Although these reasons alone may not be enough to convince you to take the leap. There are many administrative factors to consider which may not prove cost effective for smaller charities with low levels of unrestricted income – for example, new stationery printing costs, website updates, communications with suppliers and funders to name but a few.

In simple terms, the trustees of an existing charitable company would create a new CIO and then transfer the assets of the ‘old’ charity to the new one.

Of course, things are rarely straight-forward. This presents a few practical issues:

It is thought that direct conversion would eliminate some of these issues.

Some charities we have spoken to (who have changed to CIO status) have highlighted that they have experienced some problems with funders being able to find their history on the regulator’s site.

For example, one charitable trust which transferred to CIO status back in 2013, must continuously send funders PDF copies of historical accounts (when requested) as the ‘old’ charity was dissolved, meaning that the record is no longer available to view online.

The importance of fully considering the potential consequences and obtaining professional advice, before acting, cannot be underestimated.

To assist, the Charity Commission (for England and Wales) has a succinct (and extremely useful) two-page checklist available to download – Change your charity structure – from their changing your structure guidance page.

There is also a short four-minute video available (just beneath the checklist download link).

Having decided that the CIO route is for you, upon registering the new charity, the trustees need to provide your new charity’s agreed governing document, a signed and scanned copy of a new trustee declaration, proof of income (with explanations of how it will be funded) and any other supporting documents.

The Charity Commission (for England and Wales) currently states that new charity registration applications take up to 45 days to be reviewed. At this point it is common for the Commission to come back to you with queries for the following reasons:

Indeed, this would be an ideal time to revisit your existing constitution to update it and ensure it is fit for purpose – properly reflecting the current activities and objects of the charity.

Here are links to some useful guidance on the Charity Commission’s website:

Once you have your updated charitable purposes and strategies in the bag you need to prepare your new governing document or constitution as it’s sometimes known.

The Charity Commission provides two model documents to take the pain out of this for you:

If you are going to use a model document there are still sections which need to be tailored to your specific requirements:

There are some circumstances where the model document may not be appropriate, should your charity have complexities such as permanent endowments, or specific clauses in your existing constitution, which require permission from the Commission before changes can be made.

This area is a complex one and this article, in no way, attempts to be an exhaustive review of the intricacies involved.  Always ensure that you seek professional advice before embarking on a change of charity structure as failure to do so could be unnecessarily costly and be to the detriment of the organisation in the long-term.